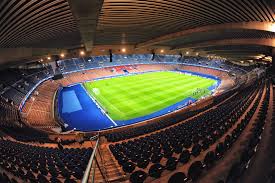 As per the new rule, if any club in debt wants to sign a foreign player then that club will have to match the transfer fee for signing that player in the form a payment to a development fund which would in turn be used in the development of young Chinese players.

According to the statement released by the CFA, in order to maintain the health and steady development of professional football league and to limit the Chinese football clubs from pursuing short-term results and driving up the price behavior, all the clubs which are in debt should pay the same amount as they are paying for signing a foreign player to a football development fund.

The new rule will come into effect from June 19 when the summer transfer window opens.

The 100% tax policy was first introduced as part of an 18-point agenda with regards to rule changes concerning the Chinese Super League. The programme was introduced by the CFA to basically to rectify the situation with regards to signing of foreign players. The CFA also announced that starting from next season the clubs will be required to field the same number of domestic players under the age of 23 as the number of foreign players starting so that to provide young Chinese players with an opportunity to develop and improve their skills.

The CFA has also announced its plans to reduce the club quota with regards to foreign players to four from five along with the condition that only three will be allowed to play at the same time.

Spain’s Diego Costa has previously been rumored to complete a move to Chinese club Tianjin Quanjian for deal worth almost £76m in terms of transfer fee but as per the new rules the rumored move of the Chelsea striker will cost the Chinese Super League team Tianjin Quanjian around about £152m in transfer fee.

England’s Wayne Rooney has also been subject of interest from various Chinese football clubs. Earlier this year, it was widely been reported that Manchester United was offered around about £52m by a Chinese club for the services of Wayne Rooney.   As per the new rules that Chinese outfit will have to pay approximately £104m in transfer fee in order to land the signing of Wayne Rooney.