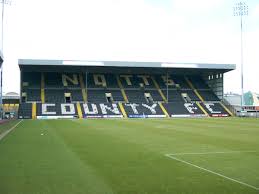 English football club Notts County which is currently sitting at the bottom end of League Two, recently revealed that it has received a petition for winding up over unpaid tax from the HMRC

The football club has recently said in a statement that they are currently in talks with HMRC over unpaid tax payments. The date for court proceedings for petition of winding up is April 10, 2019.

The football club has offered a four week plan to the tax authorities for the payment of unpaid taxes starting from February 21, 2019.

Notts County considers the petition for winding up issued by HMRC as an aggressive and drastic step. The said petition issued by the HMRC has now been listed. The club supporters have been given assurance that the said issue will be resolved as early as possible.

Alan Hardy, owner of Notts County football club is looking towards selling the football club. Paragon Interiors which is also owned by Alan Hardy went into administration earlier this week putting around jobs of 90 individuals at risk.

Hardy has issued a statement in which he said that it can be confirmed that administrators to Paragon Interiors Group Plc were appointed earlier.

Hardy has also said that right now he cannot make further comments on the said matter as he is currently focused on working towards finding a solution but at the right moment the story will be told in detail. He further said that currently his attention is on whatever he can do to help his employees and creditors of his business.

The interior business of Alan Hardy employs around 90 individuals and has two offices, one in b Birmingham and the other one in Nottingham.

As per a statement issued by Leonard Curtis, the administrators to Paragon Interiors Group, the administrators are seeking various offers for the interior business in order to save jobs of around 90 individuals and ensure return to creditors of the business.

Notts County has received assurances from administrators to Paragon Interiors that they are supportive of the attempts of Alan Hardy to sell the football club.