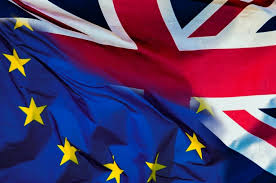 In event of a no deal Brexit, the government has planned to make some changes to the VAT legislation to allow business entities in the UK to reclaim Value Added Tax on supplies of specific financial services made to companies operating within the EU.

These rumored changes bring the treatment of VAT on supplies of certain financial services to businesses operating within the EU into line with the VAT treatment of such supplies when made to businesses in countries not part of the EU. This will make sure that companies based in the UK compete for obtaining clients in the EU countries on an equal playing field with business entities operating in non-EU countries.

The foundation of the said changes to the VAT legislation has been laid and also communicated before the country’s Parliament but the ultimate decision regarding changes will only be made if the UK government pulls out from the EU without an agreement or a deal. If a deal between the two parties is agreed then in that scenario the VAT legislation and regulations will not be sanctioned and the current treatment of VAT will continue throughout the period of implementation set out in the agreement between the two parties.

VAT is generally not charged on financial services but as a consequence, business entities cannot reclaim any VAT paid on expenditure incurred to make supplies that are exempt from VAT. As per the rules currently in place, which are developed in a way to ensure competitiveness, business entities making supplies to customers operating outside the EU territory with financial services that are categorized as exempt supplies may reclaim any VAT cost paid expenditure incurred for making those supplies irrespective of the fact that above mentioned services would be categorized as exempt supplies.