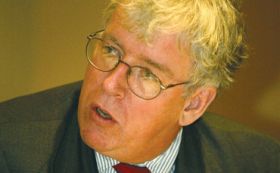 HMRC has admitted "governance errors" in the handling of high-profile tax settlement cases.

Head of tax Dave Hartnett (pictured) told a Treasury Select Committee proper policy "was not fully followed". In one case, a dispute was settled without consulting the whole of the high risk corporate programme board.

Deals with Vodafone and Goldman Sachs sparked widespread public outrage amid reports of the phone company owing £6bn but getting away with a £1.25bn dispute settlement, a figure HMRC called an "urban myth".

There have also been suggestions that Goldman Sachs avoided more than £10m in tax payments last year, The Guardian reports.