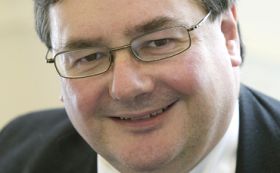 THE PRESIDENT of the Association of Taxation Technicians has stepped down because HM Revenue & Customs is conducting an investigation into a pension scheme administered by his company.

Andrew Meeson (pictured) has said that HMRC believes the trustees of a pension scheme administered by Tudor Capital Management (TCM) have been acting fraudulently, and that TCM is involved.


"I and my colleagues at TCM reject these allegations in their entirety and we will be fighting hard to clear our name," Meeson said. "Nevertheless the case now looks likely to come to court in the second half of 2012. Given this, it is proper that I stand down from the presidency and trusteeship of the ATT."

McKinnon said: "As Deputy President I will be undertaking all of Andrew's Presidential functions with immediate effect. This will ensure continuity of the many activities in which we are involved."