Approval of the PCAOB Budget 2013 and Accounting Support Fee 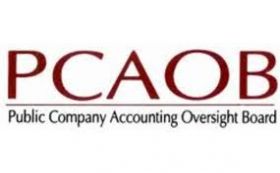 The SEC (Securities Exchange Commission) has approved the PCAOB (Public Company Accounting Oversight Board) Budget of 2013, a corporation which was established by the Congress to supervise the audit of public companies to protect interests of investors and also to encourage accurate audit reports. The fees relating to the annual accounting to help fund the accounting processes, has also been approved, as required by the Sarbanes-Oxley Act of 2002.

The total annual budget of the PCAOB sums up to $245.6 million and the funds would be collected by collection of the supporting fee which will sum up to about $234 million.

The Chairman Elisse B. Walter expressed that the PCAOB requires the necessary funds in order for the auditing process to be done. The SEC has determined the funds after a through review and approval of the same.

The Approval of the Commission is required, for the PCAOA to begin and also a rational accounting supporting fee is fixed in order to support the audit operations.

- An anticipated budget of approximately 245.6 million in the year 2013

- A supporting fee that has been allocated as - $207.5 million to be evaluated on issuers and $26.5 million on broker-dealers, which sums up to $234 million.

This amount collected from both the issuers and the broker-dealers has to be used well and resourcefully.

This allocated amount of PCAOB’s 2013 budget would help in the increment of about 8% of the 2012 budget. The increase in the PCAOB’s audit is due to an increase in the audit inspection programs which allows includes the additional staff to

- Make use of improvements in the inspection programs, which include reporting and processes for assessing excellence control remediation efforts.

The current PCAOB 2013 budget with accounting support fee of$234 million is about 9% higher than the 2012 PCAOB budget which had a supporting fee of $215 million.