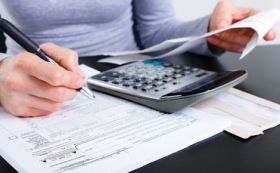 CASH ACCOUNTING for micro-entities was the most radical in a raft of recent red-tape cutting proposals fr om the Department of Business, Innovation and Skills.

Written in cahoots with the Financial Reporting Council, other measures in the paper include a simplified trading statement and annual return for the smallest companies.

However, it was cash accounting that caught many headlines. Unlike traditional accruals accounting, the ostensibly simpler system records income only when it has been received, and expenses only when they have been paid.

By contrast, accruals accounting records items when they are earned and deductions when expenses are incurred; it is generally considered a better reflection of companies' financial status.

If the proposals were to come into force, it could mean smaller companies reducing their reliance on accountants. Nevertheless, mid-tier firms have put a brave face on it, saying reducing reporting requirements would allow them to tailor services to better meet micro-entity needs.

BIS's championing of cash accounting won column inches as a red tape-cutting measure that made sense to the general public, but its impact is questionable given the wider European context.

Back in 2008, the European Commission tabled a proposal to exempt micro-entities from the fourth directive, a set of concrete rules governing company account preparation.

Although accepted by the European Parliament, it was quashed by member state body the Council of Ministers, and went back to the drawing table.

Without this relaxing of rules governing micro-entities, BIS's cash accounting plan would contravene EU law and never get off the ground.

So why bother to propose it? Perhaps BIS knows something we don't, and is confident the directive will eventually winkle its way past the Council of Ministers.

The Council of Ministers favours much lower thresholds, set at €250,000 for the balance sheet and €500,000 turnover, indicating great reluctance to let the smallest companies escape stringent financial reporting requirements.

Susanna Difeliciantonio, head of EU public affairs at the ICAEW, said the proposals are "extremely controversial" and have thrown up "significant issues" in Brussels.

"The directive has been stuck for a very long time in negotiations between parliament and the council, which finally agreed on its position earlier this year," she said.

Member states are nervy, concerned the directive will have huge implications for tax returns, trade and the micro-entities' ability to access credit.

As a result, a watered-down version is doing the rounds in Brussels, and parliament and the Council of Ministers are in discussions to find a first reading agreement. If they are successful, both will adopt the directive in its current form, then try to reach a compromise for the final text.

Difeliciantonio said a meeting of the council, parliament and commission next week should result in a decision; if they fail to agree, the directive will go to a second reading.

"These days, around 70% of directives find a first reading agreement; people don't like second readings," she commented.

With such stiff resistance from the Council of Ministers, and even the less radical directive stalled in Brussels, what made BIS think cash accounting would ever be possible under the cosh of EU law?

Certainly, there is support from some quarters. Richard Baron, head of taxation at the Institute of Directors, said: "Cash accounting is definitely the leading option. It is crazy to continue as now, and require thousands of people running small part-time businesses to grapple with the technicalities of accountancy."

The British Bankers' Association has also signalled it is not wholly averse to reducing micro-entity reporting requirements, as spokesman Brian Capon said parallel proposals to exempt micro-entities from audit were unlikely to affect banks' decision to lend.

Nevertheless, most accountancy professionals question the sense of throwing out accruals accounting, saying the costs far outweigh the benefits.

John Davies, ACCA head of technical, said cash accounting "would result in a stark difference between micro-entities' accounts and those of all other companies", saying reports produced on this basis would be "inferior".

Baker Tilly partner Danielle Stewart commented: "Whilst appropriate deregulation is obviously a good idea, I do not believe that cash accounting would ever be the best way to achieve it, regardless of whether the EC accounting directives eventually allow it. I think very simple accruals-based accounts, with no extra disclosures, would be a far better solution."

Roger Marshall, chairman of the Accounting Standards Board, also had few good things to say about it. "Even for the smallest businesses, cash accounting might not be very helpful," suggesting they could mistake loss for profit if they do have the holistic picture provided by accruals accounting.

However, he defended the decision to air the proposal, saying: "There are many unknowns when it comes to the future of micro-entity financial reporting. The paper is more for input then anything."

If European regulations make room for member state options, BIS could still pursue its deregulatory agenda, Marshall argued. "They are looking for stakeholders to respond and want as many views as possible," he continued.

Few professionals support the proposal, and Brussels is largely against it. This raises the question of why BIS is championing it in the first place.

Sceptical observers might argue the headline-grabbing proposal brought BIS all of the glory but none of the pain. The media is unlikely to notice when a watered-down directive passes at EU level; if they do report negatively, BIS could just blame Brussels, protecting its red-tape cutting kudos without ever being forced to put its money wh ere its mouth is.