ICAEW to Set up International Constituencies 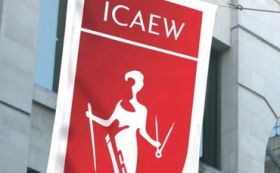 THIS MONTH'S Institute of Chartered Accountants in England and Wales council meeting voted for the establishment of international constituencies for direct election to the council.

Despite concerns fr om some that the measures would mean the council would "cease to cover local issues" and that "ten years down the line [having international members] would get completely out of hand", the motion was passed with just two votes against and no abstentions.

As a result, constituencies will be set up in mainland Europe (one member), Hong Kong (one member), North America and the Caribbean (two members) and Oceania (one member) with a view to setting up further constituencies in Africa, China, the Middle East and South East Asia in the future once those areas hold enough members.

Two amendments were made to the original proposal, which were accepted by the council. Firstly, Edward Chow suggested that Hong Kong be treated in the same way as Europe; meaning an electoral college of advisory board members would be set up in the first instance to enable a homogeneous constituency to be developed, with direct elections in 2015. The second amendment being that Russia and Ukraine be treated in the same way as China, with no action until member numbers reaches the 2,000 mark.

Council member Ian Hayes queried the wisdom of introducing the constituencies, asking: "Is it not a natural extension of this that they should at some point ask us to apportion our budget in proportion to the members they represent, much like what happens in the UK?"

Board chairman, Clive Parritt said: "I don't see this as tokenism. Members need support around the world, that's absolutely right, and on the other side of the coin, we need to get their views on what's out there into this chamber and factored into our thinking."