SEC to Decide This Year on Switch to Global Rules 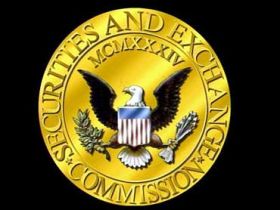 The United States should move towards use of international accounting standards but must not rush the process, business representatives and accountants told the Securities and Exchange Commission on Thursday.

If the United States does not shift to a global accounting regime, it will cut itself off from the rest of the world and lose influence over international standard-setting, participants at an SEC roundtable said.

In practice that may difficult to achieve, "but it doesn't mean we should stop working toward this goal," he said.

The SEC, responsible for U.S. accounting rules, has said it will decide this year whether to switch to international financial reporting standards, or IFRS, set by London-based International Accounting Standards Board.

The issue "is a major decision for this agency and one not to be taken lightly," SEC Chairman Mary Schapiro said at the roundtable.

"Our primary focus will be to ensure that investors have the information they need in a form that's helpful to them," but the agency will also consider the costs of making the move, she said.

Under the latest alternative outlined by the SEC in May, U.S. generally accepted accounting standards, or GAAP, would be gradually merged with international standards over a period of years, avoiding a so-called "big bang" or immediate adoption of the new rules.

That option, detailed in an SEC staff paper, is one of many being considered if the agency decides in favor of IFRS.

One advantage is that it "hedges against the risk of failure," said Gregory Jonas, managing director at Morgan Stanley. "I believe it's the best way forward for us."

While more than 100 countries use some version of IFRS, international standard-setters have been eager to have the United States make a move to help IFRS become a truly global regime.

Not everyone agreed the switch was a good idea, however.

"The case has not been made that IFRS is better than U.S. GAAP," said Gaylen Hansen, director-at-large for the National Association of State Boards of Accountancy.

"Some believe the costs will be staggering," and though the largest companies may benefit, it is highly unlikely that smaller ones will, he said.

The change would also dilute America's oversight of its own standards, he said.

"We may not know for several decades whether it was a bad idea or a very bad idea," Hansen said.

The absence of detailed rules in IFRS, which is based more on broad principles, also could cause confusion, other panelists said.

U.S. accountants are used to getting detailed interpretive guidance from standards-setters when new rules come out, and that may not happen with IFRS, panelists said.

"It requires a very different mind-set" to use IFRS effectively, said David Grubb, a partner at accounting firm Plante & Moran.

Questions also linger about IASB's funding, independence and oversight, said Bill Yeates, a partner at accounting firm Hein & Associates LLP. While the United States is being pressed to get on board with IFRS, "there's a lot of risk of moving too quickly," he said.