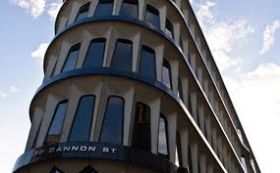 The representatives of the IASB and ASBJ organized their 16th biannual session on the 29th and 30th of October. During the meeting both the Accounting Standards Board of Japan and the International Accounting Standards Board discussed several topics such as Financial Instruments: Classification and measurement (which also includes the recent decisions that have been tentatively taken by the FASB and the IASB). Both the boards also discussed topics pertaining Financial instruments: Impairment and Revenue recognition in addition to the redeliberation items. Discussions were also held with regard to leases, which also includes the existing deliberations that would result in the issuing of re-exposure draft in the 1st quarter of 2013.

The representatives of both the boards resolved that they would continue to work closely and co-operate with each other in the direction of creating premium quality accounting principles that would be applicable globally.

IASB's chairman Hans Hoogervorst stated that this particular meeting has provided them with an opportunity to exchange opinions and views on several relevant topics that are relevant for both the boards, like completing the projects related to convergence that are yet to be completed and also hold discussions regarding future plans.

He further stated that this meeting also served as an example of the premium quality inputs that they get through their discussions with the Accounting Standards Board of Japan and the constant support that they get from ASBJ is worth immense appreciation. On the other hand, Ikuo Nishikawa, Chairman of the ASBJ reinstated that the meeting was very useful for them in terms of discussing the projects that are a major priority for the IASB. Nishikawa also stated that ASBJ was keen to get involved with IASB and help it develop accounting standards.

Both the boards will be meeting again in Tokyo in 2013.