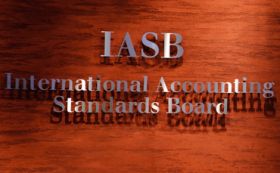 The IASB has released its work related plan for the public after thoroughly revising it. The plan has been released after the board made a number of pronouncements recently. The plan consists the expected date of finalizing amendments emerging as a result of the equity procedure that has been proposed for amending International Accounting Standards 28 as well as the annual improvements related cycle 2011-2013. The International Accounting Standards Board has also deferred its plan to issue and exposure related draft on the impairment of finance related instrument as per the new plan.

The changes that have been incorporated into the plan are:

Impairment of Financial Instrument-The targeted date for issuing of an exposure related draft has been shifted from fourth quarter of 2012 to the 1st quarter of 2013.

International Accounting Standard 28-equity procedure-The amendment that has been proposed will now take place in the 3rd quarter of 2013.

International Accounting Standard 41-Bearer Biological assets- The project will be reclassified from 'research projects' to 'other projects'. However, no changes have been included in the plan as far as the expected time of issuing an exposure related draft during the 1st of 2013 is concerned.

· Standards, Pronouncements and Amendments that have been finalized

The work related plan prepared by the IASB provides an indication of the expected time of the upcoming milestone in all the projects undertaken by it. Before it proceeds further to ballot an exposure related draft on International Financial Reporting Standards, the IASB will see whether re-exposing proposals is needed or not.