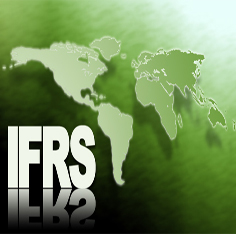 A group of CFOs and finance executives fr om small public companies had little positive to say last week about a possible switch to IFRS. Shifting to IFRS would be painful and costly, the executives said during a Securities and Exchange Commission roundtable.

"Fr om our company's perspective, I see absolutely no benefit to IFRS at all," said Shannon Greene, CFO of Tandy Leather Factory. "All it's going to do is cost us money." Greene and other panelists agreed that the switch would force small public companies to stretch their staff and resources for little or no return. And since Tandy Leather Factory, like many other small companies, has no direct competitors, adopting IFRS would not afford the company the oft-cited benefit of greater comparability, Greene said.

The panelists, who all agreed that the transition to IFRS would be a challenge, also debated the ideal way to implement a switch. The SEC initially discussed a "big bang" — a one-time, specific date of changeover — but now appears to be leaning toward a long-term adoption period, during which the Financial Accounting Standards Board would converge U.S. generally accepted accounting principles with IFRS.

Most of the panelists said they would prefer a version of the big bang, to avoid the confusion and complexity that more-gradual approaches might invite. Prolonged implementation could cause a distraction, constrain resources, and force "staff to spend less time on core business purpose," said David Grubb, partner at Plante & Moran, an auditing firm. It could also "create challenges for financial-statement users and investors." Still, since any transition to IFRS will entail "a period of lack of comparability," the SEC should consider a longer switch that allows companies to opt in sooner than the mandated deadline if they prefer, Grubb said.

Charlie Rowland, CFO of pharmaceutical company Viropharma, would prefer to rip off the metaphorical band-aid, calling prolonged adoption "death by increments." "It's one thing to sit in front of your staff and say, 'For the next six months or nine months, we're going to go through hell to redo our numbers, restate everything, get it all into the new standards,'" Rowland said. "But if I tell them we're doing it for four years, I'm going to have people burn out, I'll have people go find another profession."

With the standards still a moving target, Rowland suggested postponing a mandated switch to IFRS until the SEC decides on a final version (even if some parts of it changed later, as GAAP rules often do). Greene suggested ditching the mandate to switch, allowing companies to decide whether or not to adopt the new standards.

Despite their criticisms, Greene and other panelists acknowledged the practicality of having one set of international standards. "Personally, I totally get it. . . . It makes sense," Greene said. "I just can't see how to get from wh ere we are to wh ere we want to be without my company spending an awful lot of money."