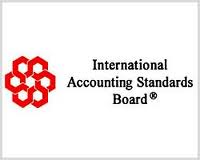 Three major questions were asked by the IASB and Financial Accounting Standards Board (FASB) during these outreach meetings. The questions were:

· Are assets and liabilities created for a lessee by a lease and , if so, should the lessee recognize them in its Balance Sheet?

· What are your views about the proposed changes in the income statement of the lessee?

· What are your views about the proposed disclosures?

On the first question, the analysts and credit analysts who participated in the meetings usually supported the proposed changes in the lessee's balance sheet. The views of equity analysts were mixed regarding this question.