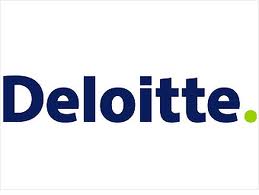 Deloitte Switzerland has completed its "IFRS Survey 2013: Focus on financial reporting by Swiss limited companies". This is fourth survey of Deloitte Switzerland and it focuses on the application of International Financial Reporting Standards (IRFSs) by the public limited companies in Switzerland. For the first time a section has been included in the survey that focuses on the increasing trend of switch from IFRS to Swiss accounting standards. Increasing number of companies are switching from IFRS to Swiss GAAP FER.

In the past, usually small and medium sized listed companies were switching from IFRS to Swiss GAAP FER. In October 2012 a large company registered on the Swiss Market Index (SMI) switched from the IFRS to Swiss GAAP FER. This resulted in the debate around the choice of accounting standards and the debate is expected to gain greater focus in the future. The IFRS Survey 2013, provides an analysis of the profiles of the organizations that switched from IFRS to Swiss GAAP FER in the current years. The advantages and disadvantages of the IFRS and Swiss GAAP FER are also discussed in the survey. The survey also provides insights into the differences between the accounting standards on the major financial reporting matters.

A qualitative review of the accounting policies is also included in this new issue of the survey because this subject was one of the Six Exchange Regulation focus areas. The analysis about complex and judgmental areas (for example provisions and contingent liabilities) has been enhanced in this survey. The impact of Revised IAS 19 Employee Benefits on the listed companies of Switzerland is also discussed. Last but not the least, benchmarks with the international companies in Germany, the UK and France were also included in these areas.