FSB Encourages Insurers to Act on the New Insurance Standard 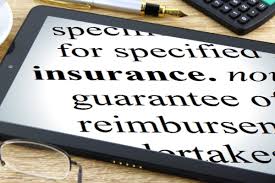 The Financial Stability Board (FSB) has recently released a statement in which the professional body welcomed the new insurance standard. The new insurance standard, IFRS 17, which was issued by the International Accounting Standards Board (IASB) in May 2017. The FSB is also calling for the insurers to implement the new standard as early as possible.

The FSB described the new insurance standard as a tool to set out a single consistent approach to account for the insurance transactions and contracts. The FSB also said that it is encouraging firms to implement the new standard as early as possible. The FSB is also planning to held open discussion sessions with IASB on the prospect of using the new standard in a way that it provides its users with most relevant information.

The FSB is also of the opinion that the Insurance regulators should also participate in this open dialogue session. The firms should consider ways in which maximum benefit can be derived from the use of this standard.

As per the new insurance standard, IFRS 17, the obligations resulting from insurance transactions will be accounted for by using current values instead of historical cost. There is enough time for the insurers to adapt it systems, processes and procedures according to the requirements of IFRS 17. The standard will be effective from January 1, 2021.

The FSB has said that dialogue with market authorities and auditors will be the most important phase during the implementation stage of the standard.

According to FSB, IFRS 17 will aid the investors in placing reliance regarding the estimates used in calculating insurance contract obligations as the standard requires disclosures that will assist in understanding the assumptions and logics behind the estimates used by the insurers.

According to the chairman of the IASB board, Hans Hoogervorst, IFRS 17 will aid in providing important information regarding the risk exposure and performance of insurance companies. This will contribute towards the stability of the financial sector.