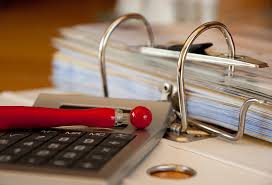 According to an independent study, the International Accounting Standards Board (IASB) should work to make standards more simple and easy to understand and make sure that they are released on a more consistent basis.

A formal research study conducted by the trustees of the International Financial Reporting Standards (IFRS) Foundation highlighted various weaknesses in the approach adopted by those who are responsible for setting the standards. Areas identified by the study for improvement were primarily based around the complex nature of its standards, the timeliness with regards to the standard-setting process and the need to adapt and respond quickly in a changing world.

Consultation and long development phases were considered as problematic by many, and nearly half of the participants believe that the Foundation lacks the right balance in terms of the quantity of the due process and speed.

Participants to the research study said that they would also welcome more opportunities that would present them with a chance to contribute in relation to the standard-setting process outside the consultation phase through training sessions, informal dialogue and other events.  Respondents were of the opinion that there are some concerns with regards to the risk of small size entities and developing markets being sidelined, and therefore more focus should be placed on efforts to help reduce the difficulties small companies face in implementing these standards.

The research study was conducted by Ebiquity. As part of the research, Ebiquity interviewed 50 stakeholders from all across the world and also conducted online surveys in which members of the International Financial Reporting Standards (IFRS) Foundation’s advisory bodies were allowed to take part. The research organization also conducted a separate survey in which opinion of senior IASB staff member was taken and incorporated into the study accordingly.

International Financial Reporting Standards (IFRS) Foundation said in a statement that the findings are generally in line with the response and feedback it has received through other mediums, and the organisation has already taken some steps with regards to making changes in the areas identified as needing improvements by the research study.