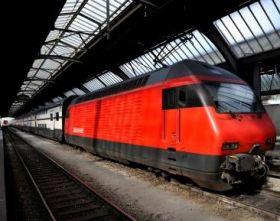 The British government has defended a landmark deal with Switzerland's government and banks which would see billions in evaded taxes returned to the UK by Swiss account holders.

The deal, first revealed by Global Financial Strategy on Wednesday, will see Swiss banks, their clients and employees immune from criminal prosecution over alleged tax evasion, while the country's famous banking privacy laws will be retained.

The Swiss Bankers Association hailed the agreement as a "milestone", but critics claimed that it represents a poor deal in the fight against tax evasion and may have handed Swiss banks a competitive advantage over those in the UK.

Tax experts meanwhile suggested that the Swiss government may still see an "exodus" of bank clients moving their assets to other jurisdictions such as Liechtenstein and the Far East.

David Gauke, exchequer secretary to the UK Treasury, told BBC Radio 4 on Thursday morning that the government had little choice but to accept the deal due to Swiss hostility to opening up the country's feted banking secrecy laws. "We do think this is a good way of getting a lot of revenue," Gauke said.


"We looked at the range of possibilities here and, essentially, without the cooperation of the Swiss banks we don't believe that we could get the revenue that we [can now]."

"There is no political appetite for [ending bank secrecy] and we also have to remember with Switzerland, with something like that, you would actually need to have a referendum on it - so there was no prospect."

The treaty text is expected to be signed within weeks and will likely be put to an optional Swiss referendum, the Swiss State Secretariat for International Financial Matters said.

Under the bilateral treaty, which enters into force from 2013, Swiss authorities will implement a back-tax on accounts set at between 19 and 34 per cent on clients' hidden assets, depending on the length of time the assets have been owed.

Clients will also face a yearly withholding tax of between 27 per cent and 48 per cent. The UK will be able to request the banking details of some 500 individuals a year, but will not be able to use stolen data for their investigations.

Swiss banks will meanwhile make a £384m (Sfr500m/€440m/$634m) upfront payment to be offset by client repayments, and will be given the green light to operate in Britain. In total, the agreement is expected to net the UK up to £5bn (Sfr7bn/€6bn/$8bn).

The deal, similar to one signed between Germany and Switzerland earlier this month, stands apart from the approach taken by US authorities to tackle tax evasion by American holders of Swiss bank accounts.

Last year Congress passed a controversial Foreign Account Tax Compliance Act to force firms such as UBS and Credit Suisse to report American clients to the US Internal Revenue Service.

Tom Aston, tax partner at auditors KPMG, told Global Financial Strategy that compared to the US law, which also comes into force in 2013, the UK-Swiss deal represents a good deal for Britain.

"I think it is difficult to talk about winners, but my take is that it is a sensible and pragmatic solution for everybody concerned. It imposes less of a burden on the Swiss banks than the US FATCA legislation, but at the same time it starts generating cash much more quickly for the UK government."

He added: "One key issue which remains is how much independent scrutiny will there be of how this is actually implemented in practice by the Swiss banking industry?"

Campaigners criticised the wisdom of the move by the UK Treasury and HM Revenue & Customs, saying it may drive business to Switzerland.

Richard Murphy of Tax Research UK said he was "staggered at how stupid the Treasury have been", adding: "The UK government has just handed a perpetual competitive advantage to Swiss banks over UK banks in the markets for savings in the UK.

"After all - isn't every financial adviser now going to be duty bound to tell people they can save tax by putting their money in Switzerland?"

However Chris Oates, head of Ernst & Young's tax controversy team, claimed that the agreement could in fact see Swiss bank account holders start to move their assets to other jurisdictions.

"As a side effect of the announcement, we could also see an increase in people moving their assets to Liechtenstein rather than paying up to the Swiss authorities," he said, despite a disclosure agreement highlighted by Gauke in his radio interview.

"The Liechtenstein Disclosure Agreement only requires a back payment of taxes from 1999/2000 onwards, rather than the total value of assets held in Switzerland," Oates said.