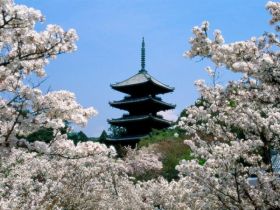 During a meeting in Tokyo June 6–7, Sir David Tweedie, chairman of the IASB, and Ikuo Nishikawa, chairman of the ASBJ, provided an update on the groups’ achievements so far under their August 2007 Memorandum of Understanding (MoU), according to a press release. That MoU, known as the Tokyo Agreement, was forged to improve IFRSs and Japanese GAAP and to bring about their convergence.

“The achievements made under the Tokyo Agreement represent a “major milestone” in the effort to improve and align international and Japanese financial reporting standards,” Tweedie said in the release. “Over the past four years, the ASBJ has not only changed many Japanese standards to conform to their international equivalents but under Ikuo’s direction has also been very influential in the current debates on new IFRSs. Our attention now turns to deepening the relationship between the IASB and the ASBJ in preparation for a decision in 2012 on Japanese adoption of IFRSs.”

At the meeting, board representatives also discussed the remaining projects as described in the U.S. MoU between the IASB and FASB, the U.S. national standard-setter, including revenue recognition, leases, financial instruments and insurance contracts, as well as interpretation and practical issues relating to the voluntary application of IFRSs in Japan.

Some Japanese companies already are permitted to prepare financial statements in accordance with IFRSs.

As Tweedie and two other IASB members, Warren McGregor and Tatsumi Yamada, will end their terms at the end of this month, Ian Mackintosh, vice chairman-elect of the IASB, and Takatsugu Ochi, member-elect of the IASB, also participated in the meeting, according to the press release. The IASB’s director of international activities, Wayne Upton, who also has been involved in the convergence initiative, also was present.

The boards’ next meeting is scheduled for the fourth quarter in London.