IASB Consults on Changes to IFRS 10 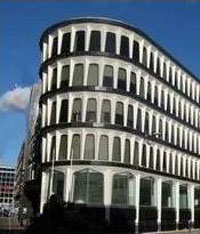 The new proposals, which are the result of work by both IASB and the US Financial Accounting Standards Board (FASB), define investment entities as a separate type of entity that would be exempt from the accounting requirements in IFRS 10 Consolidated Financial Statements.

Currently, IFRS 10 would require consolidation if an investment entity controls an entity it is investing in. However, the exposure draft published says that entities which meet the qualifying criteria would be exempt from the consolidation requirements. Instead, they would be required to account for all their investments at fair value through profit or loss. The exposure draft includes disclosure requirements about the nature and type of these investments.

The FASB is also considering proposing that the exemption would extend to cases in which the investment entity is owned by a larger group that is not itself an investment entity and is due to publish an exposure draft outlining this proposal.

David Seymour, KPMG’s global head of investment management, welcomed the proposals as ‘a significant, positive change’ which he said would align the way investments are managed and their performance evaluated internally with external financial reporting.

‘This change could encourage investment funds that have so far held back, partly because of the consolidation issue, to make the switch to IFRS,’ Seymour said.

However, KPMG warned that not all investment companies will qualify for the exemption, including those which take a more active role with respect to their investees.

The IASB’s proposals are open for public comment until 5 January 2012, with any final standard likely to take effect in 2013, at the same time as the recently amended consolidation requirements.