Accountants Split on Next IASB Project 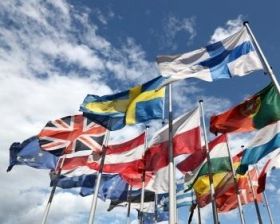 Worldwide accountancy regulators are split on which accountancy projects the International Accounting Standards Board should tackle next.

In a debate at the International Financial Reporting Standards Foundation's World Standard Setters meeting in London on Thursday, global regulators failed to agree on a number of critical issues of where to direct the IASB's focus.

In July, the IASB launched a consultation leaving nations to decide where its long-term priorities should lie. At the conference on Thursday, countries that have used the IFRS standards for years - such as Singapore, New Zealand and Trinidad - along with countries currently implementing the standards, such as Canada, expressed strong support for the IASB to balance a period of calm along with any necessary changes to the standards.

However, regulators were unable to agree on which of the 23 possible improvements the IASB had put forward for improvement should be tackled first.

Brazil's Ernesto Rubens Gelbcke, a member of Brazil's standard setting Committee on Accounting Pronouncements, argued that accounting for inflation should be improved.