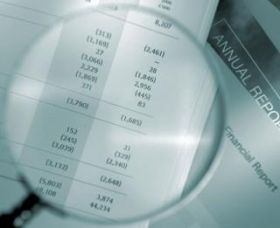 The accounting industry has hit back at leaked EU proposals which aim to overhaul the auditing sector, saying they are steadfastly opposed to the radical measures.

Leaked European Commission proposals, revealed by Global Financial Strategy on Monday, will see firms with balance sheets of greater than €1bn having to hire two auditors to perform a joint audit of their business but PwC and Deloitte have slammed the plans saying they could have "serious unintended consequences".

The draft proposals will also impose a mandatory rotation and tendering of audit firms in an effort to raise competition and quality in the sector.

Audit firms will also be banned fr om engaging in any advisory or consultancy work in an effort to break an apparent conflict of interest with their clients.

The move will shake-up the activities of the 'Big Four' auditors of Deloitte, Ernst & Young, KPMG and PwC, who increasingly rely on non-audit work as a key part of their business models.

PwC has directed heavy criticism at the proposals. It says there is "no evidence" that joint audits or mandatory firm rotations will enhance audit quality.

PwC also claims that these two measures had little support during a previous commission consultation.

In a statement released on Tuesday, it said: "Many of the measures would, if adopted, undermine our ability to deliver quality audits, could seriously impact the attractiveness of the audit profession to future generations of aspiring auditors and are likely to have serious unintended consequences.

"They would also, if implemented, add considerable additional costs for corporates at a very difficult time."

"We do not support certain matters that have been discussed and which we believe would harm audit quality, such as joint audits, mandatory rotation and tendering, and a complete ban on non-audit services," it says.

"We are steadfast that any changes to the audit market must not be detrimental to audit quality and should not harm the capital markets or the critical focus on economic growth.

"In addition, we believe that the costs of any proposals for audited entities should not outweigh the benefits derived fr om improved audit quality and auditor choice."

The commission's proposals estimate that costs will rise by at least 10 per cent as large firms will be forced to hire extra auditors.

Deloitte's concerns are echoed by the Association of Chartered Certified Accountants, which argues that measures "may not suit the EU as a whole".

Acca argues that it is too "simplistic" to argue that the quality of audit work will be enhanced by bringing in a new nine-year lim it for firms to hold onto their auditors.

"On the contrary, it would be an unwelcome restraint on companies' freedom to choose their own auditors," the association told GFS on Tuesday.

"Legal requirements for companies to change auditors on a regular basis would amount to a heavy cost burden for them that would be multiplied for group companies with numerous subsidiaries."

Instead Acca recommends that the role of company's audit committees should be strengthened, allowing companies to judge whether it would be appropriate to lim it the length of service of their auditors.

It also criticises the ban on non-audit services, noting auditors often provide beneficial additional services to their clients since they already have in-depth knowledge of their businesses.

Acca again highlights that audit committees should critically review whether providing additional services is likely to affect the auditor's independence, on a company-by-company basis.

Regulation preventing non-audit services from being offered by the auditor should only be resorted to if existing ethical rules that warn against offering services impeding an auditors' independence prove ineffective, it says.

"It is obvious that the focus of the European Commission's proposals will be on the promotion of independence, scepticism and objectivity," Acca concludes.

"There is no argument within or without the profession that these are matters which go right to the heart of audit quality.