IASB Introduces Improvements to the Accounting for Post-Employment Benefits 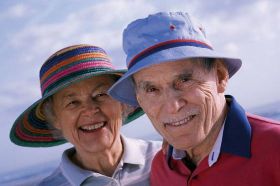 The International Accounting Standards Board (IASB) announced today the completion of its project to improve the accounting for pensions and other post-employment benefits by issuing an amended version of IAS 19 Employee Benefits.

The amendments make important improvements by:

The amendments will provide investors and other users of financial statements with a much clearer picture of an entity’s obligations resulting from the provision of defined benefit plans and how those obligations will affect its financial position, financial performance and cash flow.

The project also formed part of the Memorandum of Understanding (MoU) between the IASB and the Financial Accounting Standards Board, the US national standard-setter. The elimination of the corridor method further aligns IFRSs and US generally accepted accounting principles.

IAS 19 was inherited by the IASB when it began its work in 2001. However, it was not included in the initial set of improvements made by the IASB to achieve a stable platform for IFRS adoption in Europe and other jurisdictions in 2005. The review of IAS 19 began in 2006 with the formation of a working group to advise the IASB on the development and refinement of its proposals. The IASB published a discussion paper for public comment in March 2008 and an exposure draft in April 2010. The exposure draft attracted more than 220 comment letters. In finalising its work, the IASB conducted extensive consultations with interested parties.

Many companies have defined benefit pension commitments entered into long ago that can now represent their largest single financial liability. The amendments to IAS 19 issued today will ensure that investors and other users of financial statements are fully aware of the extent and financial risks associated with those commitments, in particular by requiring the surplus or deficit of a pension fund to be shown in the financial statements. At the same time the amendments help to separate out the background noise of changes in pension liabilities from the underlying financial performance of the core business.

The amended version of IAS 19 comes into effect for financial years beginning on or after 1 January 2013. Earlier application is permitted.

A project summary and feedback statement is available on the project page of the IFRS website shortly (www.ifrs.org). IASB staff will hold a webcast introducing the amendments in due course. Details on how to take part will be posted on the home page of the website.