The True Story Behind the PAYE Figures 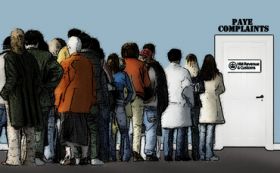 MANY OF the figures reported yesterday in terms of PAYE errors might seem familiar. That is because they are.

News reports claimed that seven million people will be told that they paid the wrong amount of tax and will be either refunded or be told they owe money to the Exchequer. However, this is either comparing apples and oranges - or is old news. So what is the true story behind the figures?

People out of pocket: 1.2 million

Of the seven million figure quoted, 1.2 million people will have to pay money back to the Revenue as a result of 2010/11 PAYE reconciliations - that is, making sure taxpayers have paid the right amount. This figure was announced by HM Revenue & Customs in June. The average underpayment was between £500 to £600 and it was to be collected through changes to PAYE coding notices in the main, with taxpayers given the option of making payments. The letters informing taxpayers of their extra liabilities will be sent out in the next few weeks.

The figure made headlines when it was first announced. HMRC saw it as a partial success; and there is no doubt it was a great improvement on the 15 million taxpayers affected by the move to the National Insurance and PAYE Service (NPS) computer system in 2009/10.

The media did not consider this a good news story; and those 1.2 million people who will have to pay money will certainly not see it as such. Permanent secretary for tax Dave Hartnett made a huge error in the 2009/10 fiasco by claiming that there was no need to apologise, a position he later retracted, and there was still bad feeling.

But Frank Haskew, head of the tax faculty at ICAEW, says that to label these as errors is a slight misnomer. The reconciliations give certainty to previous estimates, he adds. "If you have an underpayment and you were not expecting it, that is not ideal and it would be good to see in future ways of making sure you pay the right tax in the first place." This is what the real time information system is supposed to achieve, he adds.

There was some controversy when the figures were first announced about the opportunity to allow pensioners to forgo extra payments that were the result of HMRC errors. However, under Extra Statutory Concession 19A, only underpayments discovered more than a year after the tax year in question could be wiped out.

Rock and a hard place: 6.7 million

The controversy shows the stark dilemma faced by the taxman. On the one hand, there is criticism for chasing pensioners for tax bills; but on the other, anyone who witnessed the Public Accounts Committee (PAC) meeting on 17 October know that the Revenue has a duty to collect as much as it can for the Exchequer.

The PAC repeatedly questioned Hartnett and Stephen Banyard, director general of personal tax, about HMRC's efforts to collect the tax that the Exchequer is entitled to. The Revenue has promised to reconcile tax cases from 2007/08 and before, an activity it is able to do because of the implementation of the NPS computer system.

However, Banyard told the committee that there are 6.7 million old cases that cannot be reconciled through the NPS. Instead, HMRC is doing this manually and is already 39% of the way through the caseload. Most of these cases will show that the correct amount of tax was raised, but not all will.

This did not sit well with the committee. The MPs concluded that between 2005/05 and 2007/08, £1.2bn should have been collected but wasn't. Margaret Hodge, PAC chair, called this a "shocking loss to the taxpayer" - meaning the Exchequer. The PAC is charged with ensuring that public money is raised and spent responsibly, so this is the obvious tack for Hodge to take.

But herein lies the problem for HMRC. The 'taxpayer' has failed to benefit from £1.2bn in Treasury coffers. But 'taxpayers' are subsequently chased up for the funds.

The de minimis rules were a case in point. These rules prevent HMRC from collecting amounts of less than £300 from previous years' underpayments. But the committee questioned whether they should have been introduced and HMRC justified them not as a means to giving a break to low-income taxpayers but as a way of improving administration.

Indeed, Hartnett even claimed that the administration has improved to such an extent that HMRC was considering lowering the de minimis tolerance to £50. Contrast this to the reaction to collecting payments from pensioners and it demonstrates the bind HMRC is in.

There are times when HMRC cannot win and yesterday seems like one of them. The six million cases of people making overpayments, and therefore being due a rebate, was not an HMRC announcement but it might as well have been.

In its annual accounts this year, HMRC said that it has plans to process the repayment of an estimated £2.8bn of tax overpaid from 2003/04 to 2007/08 by the end of 2012, which will include interest for the taxpayer, in 6 million cases - not individuals, as reported. This is partly a result of the NPS system automatically identifying payments that needed to be made, without the need for manual reconciliation. It later revised the figure to £2.5bn. Importantly, this money has already been budgeted for in the HMRC accounts.

To sweeten the deal further, the annual accounts reiterated Exchequer secretary David Gauke's announcement this year that HMRC will not pursue overpayments identified from 2006/07 and before.

Andrew Penman, tax director at PKF Accountants, calls this "the last great windfall" and suggests that there will be no more repayments made from future reconciliation efforts.

Damned if they do...

With this in mind, HMRC could be forgiven for thinking it will impress the public, if not the PAC. Yet the media coverage yesterday was uniformly negative. The six million cases figure was packaged with the 1.2 million figure, to create headlines about seven million taxpayers suffering from HMRC mistakes.

Yet the 1.2 million figure was announced in June, and the six million cases was first published in July.

Furthermore, the figures aren't really comparable: 1.2 million represents taxpayers who underpaid tax in 2010/11, a feature of the tax system that is inevitable until RTI is implemented, according to experts; and the six million represents cases of taxpayers - numbering significantly less than six million - who are due a rebate following reconciliation work undertaken on the tax years 2003/04 to 2007/08 that was a result of the new computer system.

It is unclear why this story has blown up. "I don't know why this has suddenly triggered," says John Whiting, tax director at CIoT. It could be due to the PAC meeting or simply heaping more pressure on Hartnett following allegations about shaking hands on a "sweetheart deal" with Goldman Sachs bankers. Either way, these are not new figures.