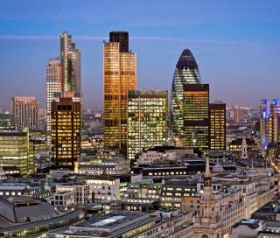 It is the UK government's responsibility to take the lead on coordination between British regulators in Europe, according to the head of the Financial Services Authority.

The FSA is being split into a Financial Conduct Authority and Prudential Regulatory Authority, but there are fears that the new structure is a "muddle" according to MP Andy Love, who says that a memorandum of understanding will not be sufficient to address coordination issues.

Hector Sants, chief executive of the FSA said: "At a European level, we would definitely have to do more than having a MoU for bilateral processes between the regulators.

"Government needs to take the lead in coordinating the regulators in order to make sure that we're all speaking with one voice. It's a coordinated process because ultimately the key regulatory decisions in Europe are political decisions," he said while giving evidence to the Treasury Sel ect Committee on Tuesday.

Love said: "I was trying to get the answer of whether we have a peculiarly bad fit between UK regulation and European regulation. You're trying to address this with a Memorandum of Understanding. There's quite a lot of comment that we've received that says this is a muddle and a real concern that we won't be as effective at representing UK interests as we could be, just with a MoU.

"People are also worried whether we will achieve the objectives that we're trying to set ourselves."

But Lord Adair Turner, chairman of the FSA, defended the MoU for dealing with the inevitable complexities that have arisen as a result of structural changes in the UK financial watchdog.

He told the committee in London: "I can't see a better way of [effectively managing the relationship between the FCA, the PRA and Esma] than of having a MoU."

Turner stressed that the relationship between staff fr both the prudential authority and conduct regulator is more important than the written agreement.

Sants warned the committee that the major overhaul in UK regulatory bodies has impacted UK representation at the EU level due to the consequent high turnover of senior staff.