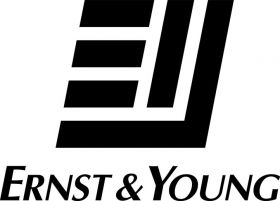 Global accounting and business consulting firm Ernst & Young has received the ire of India’s Power Ministry after the discovery of faulty evaluation of bids for the Sasan project.

The Power Ministry banned Ernst & Young from engaging anymore with any projects in the power sector. The anomalies were revealed in the report prepared by P S Bami, an ex-NTPC Chairman and Managing Director and a power sector expert.

Officials from the Power Ministry has subsequently issued a show-cause order to Ernst & Young over its consultancy work on the Sasan project based on the report by a Bami Committee.

Previously, State-run Power Finance Corporation already banned Ernst & Young for the discrepancies unraveled by its internal committee in connection with the handing of the Sasan UMPP to the successful bidder.

The committee led by P S Bami had questioned the evaluation of bids for the Sasan ultra-mega power project in Madhya Pradesh, which is being executed by Reliance Power.

The Sasan UMPP was the first such ultra-mega power project. Bids for the project were first called in 2007. Consequently, the project was awarded to Reliance Power after it quoted the lowest tariff of Rs. 1.17 per unit for electricity produced from the project.