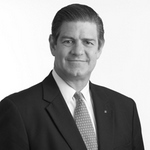 James Turley, the global chairman and CEO of Ernst & Young since 2001, said he plans to retire at the end of June 2013.

The firm plans to announce a successor sometime next year. In a letter to the partners, Turley wrote, according to the blog Going Concern, “This is a normal process and the timing has worked out perfectly. I will be 58 years old, which is the normal early retirement age for many of our partners. By then, we will be implementing our new strategy and it’s right that a new leader should steer this implementation.”

The firm confirmed Turley’s impending retirement on June 30, 2013, and said the succession process is now underway and the firm plans to make a decision by next April.Turley has worked at E&Y since 1977 when he started out in the firm's Houston office.