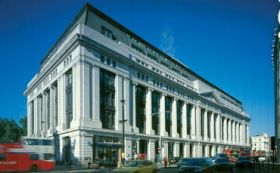 HIGH BARRIERS to entry and low auditor switching are among the issues identified by the Competition Commission in its first look at the audit market.

The watchdog will spend two years examining potential areas of concern, and has outlined six "theories of harm" as to how these could negatively impact on the market.

Among these are "significant and non-transitory barriers to entry and expansion", high concentration of Big Four auditors among FTSE 350 firms and the "significant" size differential between them and mid-tier competitors.

The commission warned these could lead to poor audit quality and innovation, high prices and less competition in non-audit markets.

PwC's Richard Sexton accused the commission of heavy reliance on Office of Fair Trading analysis, arguing it did not provide "an accurate picture of the nature and level of competition in this market".

Sexton suggested "thorough analysis" would demonstrate that the audit market is "highly competitive" and rivalry among the largest firms is fierce.

He noted shareholders vote annually on auditors' reappointment and said companies are "sophisticated, demanding and discerning buyers of professional services who choose their auditor based on quality and price".

BDO audit partner James Roberts was more enthusiastic, saying the commission's statement of issues "covers the ground we hoped and expected it would".

"It lays out the sort of path the investigation is likely to follow, but doesn't exclude other avenues as they arise. As a starting point it seems an entirely sensible one," he added.

Stakeholders have until 12 January 2012 to submit evidence in this initial stage.