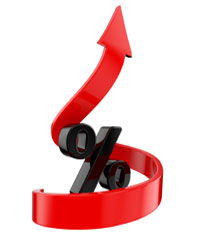 Fee income has risen by more than 10% at Big Four international network KPMG.

Revealing combined revenues of $22.7bn (£14.5bn) for the year ending 30 September 2011, the network said performance had been strong across all regions and sectors of its business. However, the increase was only 6.2% when measured in local currencies.

Michael Andrew, KPMG’s Hong Kong-based international chairman, said the double-digit dollar growth figure had been achieved in a tough environment. ‘We achieved this by focusing on fundamentals and organic growth and making common investments in our strategic priorities,’ he said.

Much of the growth came from the emerging markets – India increased by 25% while Brazil grew 22%. During the year the network increased its headcount by 5% to 144,677.

Although remaining the smallest of the Big Four, the results show that KPMG has closed the gap between itself and Ernst & Young, which recently posted fee income of £22.9bn for the year ending 30 June 2011. PwC is currently the largest, with fee income of $29.2bn while Deloitte remains second with combined fees of $28.8bn.