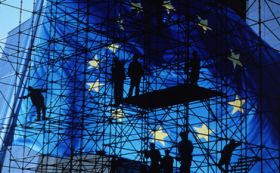 AUDITORS MUST DEVELOP concrete, game-changing reform proposals if they are to have a strong voice at EU level, a group of stakeholders has concluded.

Meeting today at the ICAEW the Audit Quality Forum debated - under Chatham House Rules - Brussels' recently released proposals and lamented the difficulty of presenting a cohesive and forward-looking front.

The Big Four was accused of 'completely self-serving' in its response to the European audit reform debate, with one senior insider agreeing their firm has only looked after its own interests.

"We need to engage in a positive way or we will struggle to influence the debate," the insider warned.

One observer warned the perception of the Big Four as giving free rein to vested interests was strong, accusing the profession of being on the back foot.

"A huge amount of effort goes into commenting on regulators' proposals, only to be ignored. The agenda is being set by others and the industry will have to rely on changes imposed by those on the outside looking in," he cautioned.

Instead, auditors should promote their professional judgement and the value of their services, he argued, winning widespread agreement from firms and high-profile non-executives.

Other experts focused on the role auditors should play in future, saying the profession must get back to adding value through advice and not be too cautious when it comes to telling clients "something they don't already know about their company".

Investors would like to see more cohesive accounts with less spin in narrative disclosures, one expert said, while another called on regulators to "not pull any punches" when evaluating audits.

Attendees were mindful of the high stakes underpinning the debate and alert for opportunities to influence it.

However, it is not clear what concrete moves will be taken, with the Big Four accused of entrenched vested positions and mid-tier critics needling Grant Thornton, BDO and others for failure to present themselves as a viable alternative in the FTSE 250 audit market.

The ICAEW's Robert Hodgkinson, executive director of technical, said sharing experience to inform policymaking is crucial, and underlined the importance of initiatives like steering groups and experimental labs.