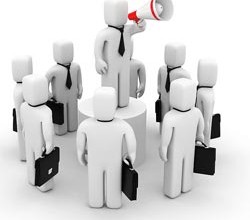 The translations included in this most recent expansion of the certification program, which include Hebrew, Arabic, and Estonian, are in response to continued growth of the internal audit profession globally and demand for credentialed practitioners.

The IIA, which just recently celebrated its 70th anniversary, has seen a more than 140 percent increase globally in its membership over the past decade.

Of The IIA’s more than 170,000 members, more than 100,000 practice in countries outside North America spanning fr om Ecuador to South Korea, making the need to address certification translations critical.

Including the Arabic translation, the CIA exam is now offered in twenty languages, and is administered at more than 500 sites located in 165 countries around the world.

In 2008 the CIA exam transitioned fr om a paper-and-pencil exam to a computer-based testing (CBT) format.

In Israel alone, the addition of the Hebrew translation of the CIA exam to the CBT format will offer the more than 1,100 members, as well as hundreds of internal auditors within the country who are not members, the flexibility to pursue professional certification on a schedule that allows them to balance this undertaking with meeting the increasing demands of stakeholders.

Additionally, beginning in January 2011, CIA registrants will be able to sit for the exam in Arabic. IIA Institute leaders in a number of Arabic-speaking countries, including United Arab Emirates, Saudi Arabia, Lebanon, Oman, and Qatar, approached IIA Headquarters about translating the exam.

“These leaders came together and committed to fully financing the project because of their strong belief that offering the exam in Arabic will lead to an increased number of certified individuals,” says Kevin Rafiq, CCSA, Director-Institutes Relations at The IIA, who works closely with Institute leaders in the region.

“Consequently, this will create more awareness about internal auditing and assist these leaders in advocating for the profession.”

Rafiq says that although the profession is growing in these countries, local leaders believe that it has not yet reached its full potential and that this will motivate internal auditors, especially those in the public sector, to seek certification.

Ensuring that public-sector auditors demonstrate their competency through certification is an issue that is not lim ited to Arabic-speaking regions. New regulations served as the impetus for The IIA’s CGAP exam being made available in Estonian as of September 19, 2011. This translation was critical for internal auditors in Estonia, as recently implemented government regulations now require government auditors to be certified. Several other countries — including Poland, Taiwan, and Bulgaria — have discussed or proposed legislation in support of government auditors becoming CGAPs.

The IIA is committed to offering its certification exams in all languages wh ere there is a demand identified as part its overall mission to advance the profession globally and ensure that practitioners are equipped to meet the growing demands of the various stakeholders they now serve.

“The ability to take an exam as rigorous as the CIA in one’s native language is a huge step forward in the globalization of the certification program and it demonstrates the growth of The IIA in these countries,” says IIA Vice President of Global Relations Sylvia Gonner.

“Our Institutes are also making great strides in translating the International Professional Practices Framework and ensuring that certification review materials are available, as these are essential pre-requisites to offering the exam in a new language.”