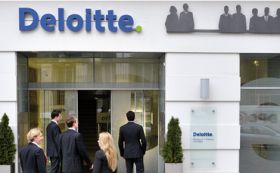 HEALTHCARE property group Assura has appointed Deloitte as auditors of its company and its subsidiaries.

The company announced in its annual reports and accounts, published at the end of July last year, that the audit committee recommended E&Y for reappointment. However, this was subject to a former tender.

A statement from Assura said: "Ernst & Young have confirmed that there are no circumstances connected to their resignation which should be brought to the attention of the members or creditors of the company."