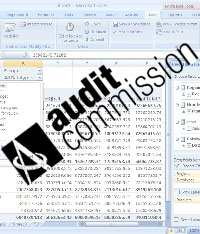 Mazars is the only other mid-tier accounting firm – apart from Grant Thornton – that has been awarded a public sector audit contract by the Audit Commission.

Of the 10 local government contracts awarded - as the Commission is to shortly be abolished - Grant Thornton secured four. Three and two contracts were awarded to KPMG and Ernst & Young respectively, while DA Partnership, a spinoff of the Commission, secured a single £5m contract for the North East & North Yorkshire.

BDO, who were left disappointed despite applying for all 10 contracts, considered the competition as too much for their inexperience in public sector auditing, but also criticised the under-cutting of price by rivals.

Greg Rubins, head of public sector audit, BDO said: ‘Although we would have welcomed the opportunity to broaden the choice available to this market, our lack of current experience in this specific area of the public sector proved to be a step too far. Aggressive pricing also worked against us, as we believe we priced our bid on a sustainable basis that would ensure audit quality and allow us to retain the staff who transferred over to us.’

The most contracts any firm could secure were four and Grant Thornton, being the only firm allocated the maximum, was most successful with a combined contract value of £41.3m.

Part-financed by Mazars, DA Partnership was unable to secure a sufficient contract value to retain independence from its backer and will subsequently operate under the Mazars DA name, becoming wholly-owned by the firm.

DA Partnership’s Gareth Davies, who joins Mazars as head of public services, said: ‘I am delighted. We knew what we were getting into and we knew from the start that it would be difficult, but we have done much better than some larger firms.’

Audit Commssion chairman Michael O’Higgins declared the assessment of the contract procurements as ‘rigorous’ and was confident of significant savings for local councils.

The Audit Commission is set to close completely in October this year and will be awarding further local authority contracts in due course.