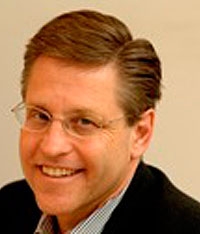 Joel Walters, Vodafone’s corporate finance director is to leave the global telecommunications giant to join PwC’s US tax practice as of 1 April 2012.

Speaking to Accountancy, Walters said he will go on to be tax partner in the firm’s Washington DC office fr om 1 April 2012, wh ere he will hold responsibility for managing foreign investment into the US.

Originally from the States, Walters notably saw Vodafone through controversial avoidance issues including the ‘sweetheart’ HMRC deal in which the company avoided paying £5bn in UK tax, and a £1.3bn fine which it got out of after appealing an earlier ruling relating to its purchase of an Indian communications company.

‘Joel Walters will be joining PwC LLP, the US branch of the firm in its in-bound tax practice,’ the US firm said in a statement released today.

The former tax director of Burger King, Walters, who has also held roles as head of tax at Grand Met and Diageo, but began his career at mid-tier firm Grant Thornton’s, was said to be ‘very happy’ at the announcement.