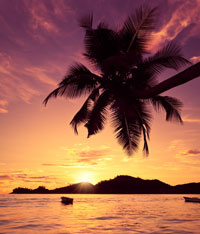 Ernst & Young is to reopen an office in the British Virgin Islands (BVI) after a seven-year absence.

Announcing the firm's decision, Dan Scott, E&Y managing partner, at its Bermuda, Bahamas and Cayman operations, said the firm had been attracted back to the territory by the BVI's international reputation for financial services, particularly its strong financial services legislation, the regulatory regime and the Commercial Court.

Executive director at the BVI International Finance Centre, Sherri Ortiz, said: ‘We have been busy during the past few years strengthening and deepening our relationships with existing and new customers by projecting the BVI globally as an innovative and vibrant provider of financial services. Even with the current economic climate we have retained our position as a leading international finance centre and are able to attract industry giants like E&Y.

Ortiz noted that the BVI has continued to see constant and healthy levels of business “due to the strength of its financial services sector and adherence to international regulatory standards”. Most notably towards the end of last year two key international regulatory bodies lent their support to the work the BVI has done in this regard, Ortiz said.

‘The Financial Stability Board (FSB) announced that the BVI was a jurisdiction that demonstrated “sufficiently strong adherence” to new global regulatory and supervisory standards... shortly after the BVI was recognized by the Organisation for Economic Cooperation and Development (OECD) as implementing the international standard on tax transparency and information exchange,’ she said.