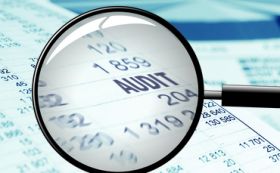 PWC IS TO face a full inquiry by the Accountancy & Actuarial Discipline Board (AADB) into its auditing of RSM Tenon.

According to The Times, the accountancy watchdog, which has been looking into the work carried out by PwC, is expected to launch a full inquiry in a matter of weeks.

The investigation will raise further questions about PwC's auditing of the listed accountancy firm that surprised the markets in January when it revealed that it would be forced to restate its accounts and announced the departure of its chief executive and chairman.

Andy Raynor and Bob Morton, chief executive and chairman respectively, left the company after it revealed that it expected to report a loss for the six months to 31 December 2011 and that revenue will fall by around 10% on the corresponding period in the previous year.

In February, after former Clifford Chance CFO Chris Merry was drafted in to replace Raynor as chief executive, the firm reported a first half loss on continuing operations of £71m after being stung by a goodwill charge of £60.7m.

The firm restated previous accounts to reduce prior-year pre-tax profit by £12.1m, due to "significant errors and change in accounting policy".

Muir, who was described as a "safe pair of hands" by turnaround experts, was called into Rangers to help it restructure by the club's lenders Lloyds. The bank is also the main lender to Tenon.

The expected AADB inquiry comes after a row broke out between Tenon and its auditors. The Times previously reported that Tenon lawyers claimed there were "serious concerns" about the quality of PwC's audit work.

However, PwC contended that Tenon had misled the audit firm during its work, and had flagged up to Tenon's audit committee accounting issues.
Tenon's 2009 acquisition of Bentley Jennison for £76m in 2009 is thought to be one of the reasons behind the firm's financial problems.

The deal made Tenon the seventh largest firm in the country. However, one analyst claimed that the acquisition may "have been a step to far" for the company as it tried to integrate the business in the face of difficult financial headwind

At the time of Raynor's departure CFO Gardner said that Tenon had suffered under the weight of operating costs associated with integrating Bentley Jennison and parts of Vantis.

"We had to do rebranding and change the way we do business. There was a lot of internal change. As the business grew the cash required to support it has grown," he told Accountancy Age.

"It is not so much a case of being a bigger business with bigger mouths to feed, it represented a large chunk of our costs and was more than we had expected.

"At the time the acquisition was made people were more cheerful post Lehman. There was an expectation that we were heading into a period of benign economic activity, which turned out not to be the case."