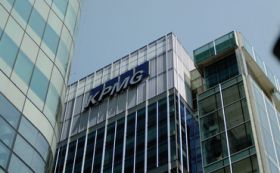 KPMG IS THE latest Big Four firm to face criticism from shareholder governance group Pirc, which is calling on shareholders to vote against its re-appointment as auditors of Standard Chartered, Accountancy Age has learned.

The shareholder governance group is urging institutional investors to vote against the bank's annual report; auditors and audit committee chair Rudy Markham because it claims it has failed to to provide a "true and fair view" of its financial position.

Pirc claims that use of international accounting rules (IFRS) has allowed Standard Chartered to overstate its financial position by $3.6bn (£2.2bn), or 8.9% of net asset value.

The volley launched by Pirc against Standard Chartered - part of a long-running complaint that IFRS is being used by banks to overstate the amount of profit they generate - comes after the lobbyist pushed for investors to vote against the re-appointment of PwC as auditors of Barclays.

In the case of Standard Chartered, Pirc is claiming that the bank's overstated profits include bonuses of $828m that have been deferred but not expensed, and provisions for bad debts that amount to $2.8bn.

Pirc also claims that the bank has reported other unrealised gains, which would require inside information to quantify.

"IFRS derivative accounting can make both sides to a derivative transaction appear to have an asset when the transaction is a net zero position. Rather than having an asset, one party may well in fact have a contingent liability, and the other party at best has a contingent asset," Pirc said in a letter to Standard Chartered shareholders.

Pirc added that KPMG had failed to ascertain that the bank's accounts do more than simply follow IFRS rules, without emphasising the "true and fair" view requirement which it believes is required under the Companies Act.

Standard Chartered and KPMG were both unavailable for comment at the time of publication.