Save Yourself from Fraudulent Audit Accounts – A Commentary by Randy Wilson 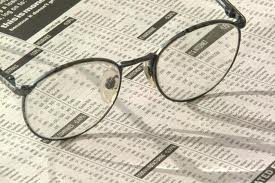 Preventing fraud completely is rather impossible. This statement is formally made by Randy Wilson, a fraud specialist in the topmost 100 firm RGL Forensics. A report said.

According to Wilson, it is not possible to prevent a fraud completely and vanquish it from the market. It is also explained that the frauds are coming with new tricks after the invention of newer tricks to catch them. So it has always been an ongoing battle. But an early detection of the fraud is very essential to keep an enterprise up and running. Wilson as the biggest fraud examiner in the market has not given up completely and neither has he suggested to the business firms to give up or resign themselves to fraud. He wants the business to hold a careful approach to the fraud studies and he wants the accountants to come forward and help instead.

Wilson added that the business owners are not aware of the entire growing situation and where the risk lies. He wants the accountants to come forward and help the businessmen understanding the exact potential of fraud in the particular organization. According to the annual report published from the Association of Certified Fraud Examiner the amount of $3.5 billion is stolen every year by fraud. A commonplace businessman does not understand the leak in accounts can take away the funds of a decade at one go. The businessmen need a proper education of the real value of an audit in the terms of business. Wilson says that it is useless to have a proper credibility on an outside audit firm to support all the accounts of a company.

In order to detect the fraud of a particular company, it is necessary to make an audit report from the company itself and not from outside. Often the possibility of detecting a fraud is by checking the accounting reports of the company from outside. Sometimes the business owners can opine that the auditor looks thoroughly about the fraud which is likely to happen in a business. But the ground reality is different and the auditor never looks into the fraud in the accounts. Accountants should also inform the businessmen beforehand that they are not the persons who check the accounts for the fraud. Thus one must be very careful in the checking of accounts.