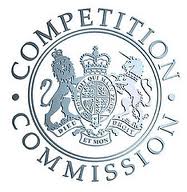 The recent findings of Competition Commission has suggested that the dominance of the Big Four audit companies may lead to certain changes in audit, though these are preliminary findings but whatever the report suggests is nothing favorable about their service.

The audit service market regulator has made some unfavorable findings about the audit market. Therefore, it now depends on law as to what action it will take, whether any measures will be taken for the betterment of the market or for mitigation of the prevailing situation or for preventing the unfavorable effects on competition that will have negative effects on shareholders.

Laura Carstensen has said that the current audit situation is not serving the shareholders’ needs. Many a times, the shareholders do not have any role to play when auditor’s appointment or influence is concerned. Oftentimes, the accounts are presented in an overly favorable way. The report of the CC also suggested that the auditors focused more on the management because it would give them reappointment which means the income of the appointment along with experience and reputation which will be beneficial for the firm.

According to Carstensen, the auditors are doing as they should do, that is they are acting rationally and are looking into the interests of the management. But they should also take into account the shareholders’ needs, instead of responding to just incentives.

She said that it was known that the Big Four will disagree with the report and their reaction is not quite unexpected, and they will explain that they offer nothing but the best quality audit and help the shareholders in critical situation, but the reality is somewhat different as the CC has stated in its preliminary report. According to the report, the alignment of incentives is not proper between the shareholders and the management.

She further added that now the Big Four have the opportunity and they can justify their view and prove the CC wrong. They can also appeal to the markets’ regulator’s final ruling. She said that they are still working on the matter and the final report is yet to come, which will either confirm this or not.