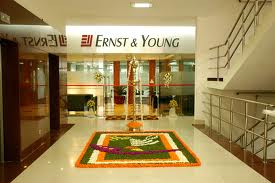 Express Scripts, one of the clients of Ernst & Young has sued the accounting firm’s New York arm and one of its partners in US for the alleged theft of their trade secrets and their important and confidential data.

The complaint of this alleged theft of confidential data and trade secrets of Express Scripts Inc. against their accounting firm is filed last week in the state court of Missouri. According to the complaint, Express Scripts Holding Co. which is a pharmacy benefits company has said that the Ernst & Young’s partner Don Gravlin was involved in some improper activity which is considered to be extremely immoral as well as illegal.

To be exact, Express Scripts alleged that they have come to know that the accounting partner firm of Ernst & Young, Don Gravlin was seen “sneaking” into the company’s headquarters in St. Louis and sending the client firm’s confidential and proprietor’s data through email to another private Google account and this has been done with the help of an account of a consultant in Ernst & Young.

Express Scripts Holding Co. has claimed that E&Y has done this with a motive which is anything but good. They alleged that this is done for an evil motive to steal their trade secrets. The reason is quite simple as E&Y which has acquired Express Scripts and also some of the competitors of it, has a healthcare business unit, which they want to develop with the help of those stolen trade secrets.

In the complaint, Express Scripts has also said that the data that has been stolen in this manner is more than 20000 pages and in those pages there are all types of information relating to business strategy, pricing information, performance metric documents, etc.

The company alleged that E&Y and Gravlin has broken the laws of trade secret and computer tampering and therefore wants damages and also a court order that would bar the accounting firm from using the information that it has stolen.

An E&Y’s spokesman has said they were aware of this many months before and the company’s policies were violated and the person who is behind this does not work in the organization any more. The spokesman has finally added that the company will contest the claims in the court.