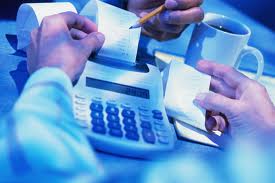 For many years in the United States, the top accounting law firms were known as the ‘Big 5’, one of those being the firm of Arthur Andersen. In 2001, it was revealed that auditors at Arthur Andersen aided Enron in covering up massive losses through dishonest accounting tricks. The subsequent collapse of Enron, and the role the auditors played in helping Enron was leaked. It led to sweeping changes in law governing auditing and accounting firms. This legislation became known as the Sarbanes-Oxley Act. (named for the two government officials who wrote the legislation.) Arthur Andersen was dismantled virtually overnight. Essentially, any corporate officer, namely the CEO is held legally responsible for the information provided in the companies’ financial statements.

Now, due to the actions of Scott London, a partner at one of the remaining of the ‘Big 4’ accounting firms, KPMG there is a problem that the Enron-inspired Sarbanes-Oxley Act should have prevented. London was in charge of the audits performed at the Herbalife andSkechers companies is under investigation by the FBI for leaking information he obtained during the audit to a friend so that his friend could trade in the stocks sold by both companies.

Though the information he actually shared is still unknown, and the extent of any payment he may have received from his friend is in question, the investigation has prompted KPMG to drop the audit being performed on both companies. The US Securities and Exchange Commission are looking into this blatant act of what is called ‘insider trading’ as well. London faces series charges involving possible prison time and fines as well the loss of his position as partner of KPMG.

The laws that were passed under Sarbanes-Oxley were a reaction against abuses by companies and conspiring auditors to essentially defraud investors. This type of behavior that leads to insider trading is at the same time both tempting and troubling for accounting firms. Under these laws, the same company that performs the audit cannot also be working for the company in creating the financial statements. When there are only four major accounting firms left in the US, it means corporations have fewer choices to meet the legal requirements of an audit.

The extent of the damage to reputation at this point seems to be centered on London, not KPMG, but the investigation is not over. If it is proven that others at KPMG played a role in this leak of information, you can bet that there may end up being the “Big 3”. And for many companies, that would not be a good thing at all.