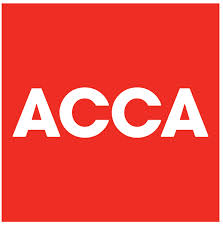 The Association Of Chartered Certified Accountants has warned that although the implementation of ‘going concern’ assessment and report is necessary for all company accounts, some parts of the FRC’s ‘going concern’ proposal draft guide might turn out to be too difficult for smaller companies to implement.

Paul Moxey, the head of corporate governance and risk management is ACCA, mentioned in a statement that the going concern philosophy is very important for both small and large companies. However, while talking about the proposal published by the Financial Reporting Council (FRC), he said that the newly formed draft was developed mainly keeping in mind the larger companies that have dedicated risk management and audit teams in place. The proposal assumes that the smaller companies also have such specialized resources which is misdirected and might create problems for those companies while implementing the ‘going concern’ philosophy.

According to Moxey, the interest of shareholders in going concern reporting is the knowledge of the actual financial health of the company. The reports will enable them to know whether the company will be properly functional in near future or not. In order to meet their requirements, the ACCA suggests a clearly laid out set of principles that are to be practiced by all businesses while some additional guidance must be introduced for bigger businesses guiding them to follow the UK Corporate Governance Code and apply the going concern principles.

ACCA adds that ever since the recession and the banking crisis of recent times, all stakeholders and shareholders have become aware of financial risks and risk managements systems. Hence it is critical to make the going concern guidelines as simple as possible.

Paul Moxey opined that while most of the recommendations made by Sherman Panel were acceptable and praiseworthy, the draft guideline proposed by FRC lacked in preciseness and kept open windows for multiple interpretations which can lead shareholders to a misguided sense of safety.

He also said that the complexity of the guidance might provide a chance for negligent companies to bail themselves out in case of a failure to comply with the reporting. There must be uniform and a clearly specified set of laws to prevent such occurrences.