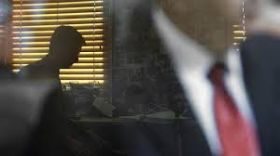 It is widely expected that a vigorous debate will take place with the PCAOB preparing to re-propose a rule which requires the names of engagement partners to be disclosed in the reports made by a public company's audit. The PCAOB recently announced that it is considering making this re-proposal this week. The board are welcoming the public's comments on the issue, and any letters which have been previously submitted give an idea as to how the debate may go.

Jimmy Doty, the Chairman of the PCAOB, has said that there are strong opinions on each side of this question and that it is a highly charged issue that will lead to deep debates, and the time was right for resolution. The board proposed a rule back in October 2011 which, if passed, would have seen firms registered with PCAOB being forced to disclose their engagement partner's name in their audit. It would also have meant that the audit report also disclosed the names of other persons and firms who were active participants in the audit.

Now, over 2 years later, the proposal is still just that. The IAASB, however, proposed last July another standard which would require the engagement partner's name to be included in any audit report. The only exception to the rule is if the engagement partners name appearing in the audits of financial statements could lead to a threat to their security.

This happens only on rare occasions however. There is no obligation for the PCAOB to follow the standards laid down by the IAASB. Doty said, however, that the way the PCAOB understands it is that the issue has benefited greatly as a result of discussions which took place with staff members of SEC along with a review of the academic research. Now the board has decided the time is right to once again raise the issue of naming engagement partners.