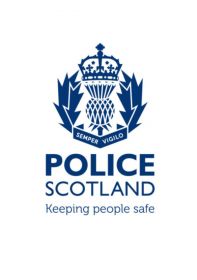 Caroline Gardner, the Auditor General for Scotland, sent a special report to the Parliament of Scotland slamming the quality of accounting and record keeping at the Scottish Police Authority (SPA).

The unqualified accounts for the year 2013-14 were criticized by the Auditor General and special attention was drawn to the destitute quality of the different aspects of the Scottish Police Authority’s accounting records and explanations and access to the information.

The conclusion of report was termed as “unusual”, emphasizing the need for the considerable progress to be made by the Scotland Police and the SPA to make their accounting records better.

The report also highlighted that at the time when a considerable number of financial staff were taking early retirements or voluntary redundancies, it was a serious challenge to merge the finance functions of the predecessor eight forces with the Drug Enforcement Agency, the Scottish Crime and the Scottish Police Service Authority.

The report further stated that the recommendations published by Audit Scotland in the month of November 2013 were mostly acted upon by the Scottish Police Authority.

The report established that the previous uncertainties regarding the finance functions of Scotland Police and the Scottish Police Authority and its impact on recruitment of the finance professionals were the main reasons of the delays in developing a feasible financial plan for Scotland police.

To effectively implement the recognized savings of £1.1 billion, it is necessary to develop and implement a plan.

A specific request is made by the Auditor General that the audit for the year 2014-15 should closely monitor the formulation of a long-run financial strategy and it should analyze the progress made towards the improvement of accounting records of the Scotland Police and the Scottish Police Authority (SPA).