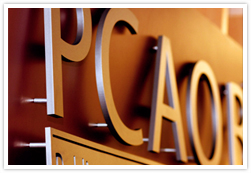 The Public Company Accounting Oversight Board has disciplined a pair of Ernst & Young auditors after they allegedly provided misleading documents and information to PCAOB inspectors and altered and backdated working papers.

The board said Monday that it barred former E&Y partner Peter C. O’Toole from associating with a PCAOB-registered accounting firm. He will have the right to petition to remove the bar after three years. The PCAOB said this is the longest bar that it has yet imposed on a partner at a Big Four accounting firm to date. The board also imposed a $50,000 penalty against O’Toole.

In addition, the PCAOB barred a former E&Y senior manager, Darrin G. Estella, from associating with a PCAOB-registered accounting firm. He will have the right to petition to remove the bar after two years.

“These actions threatened to undermine the integrity of PCAOB inspection processes, and the ability of the board to discharge its mandate to inspect the auditors of public companies,” said PCAOB chairman James R. Doty in a statement. “The board moved swiftly to address this conduct, having commenced litigation against these respondents within seven months of learning of their conduct.”

OToole, 43, is a CPA who worked as a partner in E&Y’s Boston office. He was removed from the audit engagement team for an unidentified company last June and discharged last September. The board found that, shortly before a PCAOB inspection of an E&Y audit, O’Toole and Estella—acting with O’Toole’s knowledge and authorization—created, backdated, and added a document to the audit working papers that related to the most significant issue in that audit. The board also found that O’Toole authorized other members of the audit engagement team, including Estella, who is also a CPA, to alter, add, and backdate other working papers in advance of the PCAOB inspection.

In addition, the PCAOB found that O’Toole and Estella provided a written document to PCAOB inspectors in which E&Y represented to the PCAOB that no changes had been made to the audit working papers following the documentation completion date for the audit. Neither O’Toole nor Estella ever told the PCAOB inspectors that the working papers were actually changed after the documentation completion date and shortly before the inspection occurred.

The PCAOB found that O’Toole and Estella’s actions violated PCAOB Rule 4006, which requires cooperation with board inspections, as well as PCAOB Auditing Standard No. 3, which governs audit documentation.

Ernst & Young noted that its policy forbids employees from altering audit work papers and it promptly discharged its partner and senior manager when it learned what had happened. "As the PCAOB's disciplinary orders describe, our firm's policy explicitly prohibits persons from supplementing or changing audit workpapers in circumstances like those present here," said a statement forwarded by E&Y spokesman Charlie Perkins. "When we determined that firm policy had been violated, we subsequently separated the partner and senior manager from the firm. We have cooperated fully with the PCAOB throughout its investigation of this matter. The conduct described in the order had no impact on our audit conclusions or on the client's financial statements."