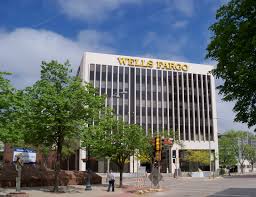 The Public Company Accounting Oversight Board (PCAOB) is facing pressure from two US senators to review the KPMG’s audit of wells Fargo in response to the discovery that the employees of wells Fargo created millions of fake accounts so that to claim sale bonuses and incentives.

In September last year, the Consumer Financial Protection Bureau (CFPB) ordered Wells Fargo to pay up $100m as fine in response to the discovery that the employees of the bank opened more than two million credit card and deposit accounts without authorization from the consumers.  According to CFPB this was done by employees so that to meet targets and to claim bonuses.

The bank was also required by the Office of the Comptroller of the Currency to pay up $35m as penalty and in addition to this the bank also paid $50m to the Los Angeles County.

The two Democrat senators namely Edward Markey and Elizabeth Warren now have written to the PCAOB asking them whether they conducted any review of the audits performed by KPMG of the wells Fargo’s financial statements which the bank issued in the period expanding from the year 2011 to 2015. This is the same period in which phony accounts of consumers were opened by the bank’s employees.

In their letter to the PCAOB the senators put emphasis on the point that the KPMG did not brought the issue in to the public eyes despite now admitting that they knew about the fraudulent activity before the 2016 settlement took place and the senators also ask the PCAOB whether their rules or guidelines require the auditors to report or otherwise act on their findings and knowledge of fraudulent or illegal activities in which their clients are involved.

The letter written by the senators to the PCAOB also highlights the fact that Markey and Warren along with two other senators also wrote a letter to KPMG in October last year asking questions from KPMG regarding the same issue.

In their letter to KPMG the senators asked the KPMG for an explanation, in the light of its role as an independent auditor of the bank wells Fargo, as to how it failed to identify the fraudulent and illegal activity that had an impact on millions of customer accounts and also resulted in more than 5000 employees of the bank losing their jobs.

The senators said in a statement that as per the response they got from KPMG, it can clearly be said that the firm is of the opinion that the illegal activity and the amounts reportedly involved in it did not significantly affected the Wells Fargo’s financial statements. KPMG is pretty confident that their audit and review of the bank’s consolidated financial statements were properly planned and performed in compliance with applicable professional accounting and auditing standards.

The senators in their letter also argued that the response of the KPMG indicates that the firm still believes that the illegal activity performed by the bank’s employees was irrelevant with regards to their duty and responsibility of identifying irregularities and problems lying with in the financial reporting structure and processes of the client entity. The senators have asked the PCAOB to provide the answers to all their questions and have also asked for briefing by the end of May.