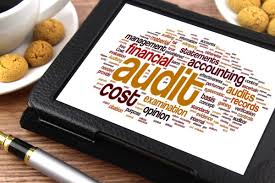 As Regulators and decision-makers are calling for more professional scepticism in audit, ACCA has recommended changes to the regulatory, standard-setting and audit processes so that to improve the quality of audit processes and also to address cognitive bias.

The recent report released by the ACCA recommends the market participants to adopt a holistic approach and also to think more actively with regards to cognitive bias. The ACCA also recommended that market participants should also focus on situations and behavioural drivers that could impact decision making during the process of audit and actions should be taken so that to minimise the impact of such behavioural drivers on the quality of audit processes.

ACCA through their recent report has advised the standard-setters to design audit processes and standards with an objective to mitigate the influence of known biases that may have adverse effects on decision-making. ACCA also recommended the standard-setters, amongst other methods to review the auditing standards for any possible bias that exists within them and also to take actions to reduce the impact of the bias that exists within the auditing standards.

The report also recommends Regulators to focus on solutions that could actually help them in improving the audit quality. As per ACCA, the regulators need to be realistic and grounded with regards to the limits relating to mitigating of bias completely from the audit standards and processes. The Regulators also need to consider and recognize the effect the ‘human factor’ plays within the regulatory process.

ACCA also thinks that the Auditors during the course of the audit should be more careful with regards to their own subconscious bias and should take steps to mitigate the impact of the said bias on the quality of the audit process.

According to the head of audit at ACCA, Andrew Gambier, the term professional scepticism in the context of audit has drawn a lot of focus and attention from regulators, politicians, policymakers and the general public over the years since the global financial crisis.

It is important to make sure that all the stakeholders along with the auditors understand the extent to which cognitive bias can impact the process of audit and the steps that could be taken to manage this impact, but it is important to mention that the stakeholders need to understand that it is not possible to completely eliminate the effect of bias due to the existence of the “human factor” that is very essential to the process of audit.