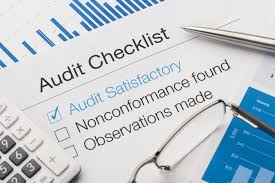 The Public Company Accounting Oversight Board (PCAOB) is expected to hold an open meeting on June 1 to consider making a number of changes in relation to the current auditor’s reporting model.

One of the main reasons to hold the meeting is to consider the adoption of the new standard that would require the auditor to provide additional information in the audit report. In addition to this, the PCAOB is also planning to propose changes to standards so that to improve and strengthen the requirements with regards to accounting estimates used for audit purposes, fair value measurements and the use of specialists for the purpose of audit.

The proposed standard with regards to auditor’s reporting will retain the pass/fail model that is currently being used in audit reports. The pass/fail model has generally been considered as a useful tool to determine whether the financial statements that are audited by the entity’s auditor are presented fairly in accordance with the relevant reporting and auditing standards.

The PCAOB also plans to provide investors along with other financial statement users with additional information basically by making changes to improve the form and content of the audit report so that to make it more informative and relevant.

The new format for the audit report is also expected to incorporate a description of "critical audit matters" that will provide the users of the financial statements with information relating to the most subjective, complex or challenging aspects with regards to the audit of financial statement and related disclosures. The PCAOB first issued a concept release way back in 2011 in which PCAOB proposed some changes. After PCAOB received feedback on the concept release, it proposed a rule in the year 2013 and after PCAOB received further feedback they released a re-proposed rule in 2016.

The proposals, includes potential changes to be made to standards relating to auditing accounting estimates and fair value measurements, are basically aimed at resolving problems that were first identified by the PCAOB when it was inspecting audit firms.

The proposed changes, with regards to using and relying on the work performed by specialists for audit purposes, includes the increase in the requirements in the  existing standards PCAOB has in place for overseeing the specialist’s work before placing reliance on it, specialists such as, appraiser, actuaries and valuation specialists.

The PCAOB is also planning to live stream the meeting at its website starting at 2:30 pm ET on June 1, 2017.