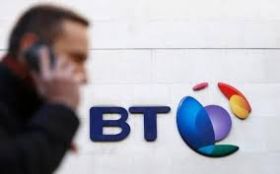 British Telecom (BT) has selected KPMG to replace PwC as its new auditor and by doing so the telecoms giant has ended a 33-year relationship with PwC. This decision by BT has been made in the wake of an accounting fraud scandal in the company’s Italian unit that saw the company issuing a profit warning earlier this year.

On June 7, 2017, KPMG edged out EY to be the new auditor of BT following a competitive tender process. Another Big Four Firm Deloitte did not participated in the tender process so to avoid conflict of interest as it already provides BT with technology consultancy services.
BT paid more than £15m in fees to PwC last year. The contract worth more than £15m also included £3m for non-audit services.

According to a statement by BT to the London stock of exchange (LSE), the telecom company said that KPMG will take over auditing work from PwC at the end of the current financial year subject to shareholders approval at the Company’s AGM in 2018.

In October last year, the telecoms giant revealed that an internal investigation with regards to accounting practices in the company’s Italian business identified “inappropriate behavior” and “improper accounting practices.” The financial impact of this at the time was expected to be around £145m but later on the total expected losses went up to as high as £530m mainly due to an independent investigation carried out by KPMG in collaboration law firm Freshfields Bruckhaus Deringer.

As a result of this accounting fraud the telecom company took a £530m writedown and also saw the biggest ever drop in the company’s share price in January.

According to the head of telecoms and media at KPMG UK, Alex Holt, KPMG is delighted to have been selected as the next auditor of BT and is looking forward to working with the company as their auditor
.