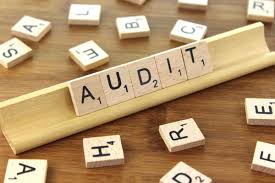 British strategic outsourcing group Mitie has recently made the announcement of appointing BDO as its new auditor after Deloitte resigned from its position as the group’s external auditor.

At the group’s annual general meeting (AGM) that took place in July of this year, there was serious opposition from the shareholders with regards to the reappointment of Deloitte as the group’s auditor and therefore the group was forced to launch a competitive tender process for selecting group’s new external auditor.

The AGM was held after the company released its annual results in June for the financial year ended March 31, 2017. As per the latest results, the company suffered a £42.9m pretax loss compared to a profit of £107.6m the year before.

Mitie has said that it conducted an accounting review during the financial year ended march 31, 2017 and found that the company needs to make improvements in areas like internal audit and risk management going forward. The company has said that it has made some important changes in the above mentioned areas.

As part of the accounting review, the big four firm KPMG was appointed by Mitie to carry out a detailed review of the company policies in connection with accrued income, mobilisation costs long-term complex contracts and work in progress.

The accounting review also highlighted a number of prior year errors that due to being material required the restatement of financial statements for the financial periods before March 31, 2017.

BDO will remain as auditor till the company’s next AGM which is expected to take place in June of next year at which shareholders will vote on the firm’s appointment.

In the company’s 2017 annual report, Mitie’s audit committee has confirmed that a competitive audit tender process would be launched very soon and that the company’s new external auditor could be appointed during the financial year ended March 31, 2018.