EY Found Guilty of Misconduct in the Audit of Tech Data 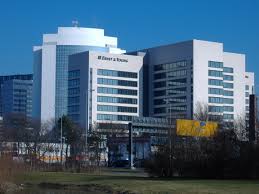 Ernst & Young is one of the Big 4 accounting & auditing firms. Julian Gray is working as a statutory external auditor for the firm. He is a qualified Chartered Accountant as a good standing member of The Institute of Chartered Accountants in England & Wales. He is also working as an audit engagement partner. He has been fined £59,000 and it has been reduced from £90,000 due to the audit misconduct in one of his engagements. He has also faced reprimand from the investigative authorities.

He acted in his duties without sufficient proficient care and he was failed to get the reasonable level of assurance that whether financial statements are true and fair in all material aspects or not and free from any material misstatement. He also failed to obtain sufficient audit evidences to back his opinion on the financial statements. He was also charged for failure to apply the reasonable level of professional skepticism during the audit procedures and observations.

His employer, EY and Julian Gray admitted that they failed to achieve the minimum acceptable standard of auditing defined by their institute, ICAEW.

These sanctions against EY are carried on from the August announcement that Tech Data’s finance director is to be excluded for 10 years with a fine of £100,000. This was resulted due to the confession of ACCA member because he misconducted in the financial statements for year ended 2012 and 2013.

FRC launched an inquiry into this company in 2014 when it’s US based parent company was not satisfied with the internal control environment of the company accompanying other two subsidiaries in the Europe. Company tried to conceal their records by restating the original figures and said that it was to mitigate the poor journal entries and some other transactions recordings.

Within some months this inquiry was also implemented to the EY audit and they were fined. Along with the fine, EY is also liable to pay for all the costs of this inquiry.